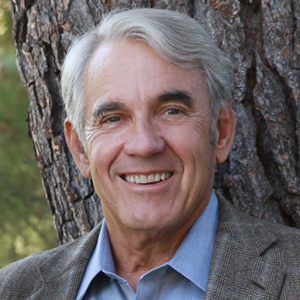 There is nothing more important in the life cycle of an organization than the transition to new leadership. This is equally true both in nonprofits and in for-profit corporations. The key to a successful transition is careful and deliberate succession planning.

I am fortunate to have experienced this up close, first when I retired from Applied Materials and not long after when The Nature Conservancy was looking for a new CEO. I talk at length about those transitions in my first book, Applied Wisdom.  In this newsletter I want to look at what’s involved in successful succession planning.

I would say ten years is a reasonable assignment for a chief executive, whether in a for-profit corporation or a non-profit. In that period, you’ve made some good moves, you’ve made some mistakes, and you’ve worked to fix those mistakes. The trouble is, as time goes on, it’s human nature to spend more and more time defending what you’ve done rather than positioning the company or nonprofit for its next leap forward.

When it’s time for a chief executive to leave, succession issues become pervasive in a company. This can create a distraction. Executives tend to handicap the internal horses and align with the contender they think will get the job. As the various scenarios play out, lower-level managers hold back making decisions while second-guessing what their odds-on favorite might want to do next.

You like to think that during your tenure you’ve helped some individuals take their skills to new levels, and so promoting from within is always an attractive idea. If an internal candidate distinguishes him or herself, has a vision for the future, has the respect of other employees, and is someone who the board thinks makes sense, then the transition can be very smooth. An internal candidate is intimately familiar with the organization, its challenges, its strategic goals, and its capabilities.

On the other hand, it’s not easy for executives to distinguish themselves above all the others. Each manager has a specialized role and may not be suited to running the entire organization. Make sure you understand which gaps in their experience might hinder them.

Zeroing in on a Candidate

By now you will have determined the qualities and capabilities of the person you need. I hope you’ll have followed my Rule of Three and kept in contact with a personal list of at least three people who you think could be a good fit to lead your team. These individuals could be the first candidates for the job.

Do not stop calling references and former employers of a candidate until you come across at least two negatives. Perhaps they’re not strong in finance. Do they listen and seek advice? You then have to decide if your organization can live with those negatives.

If you take the issues that most companies face and list them next to the challenges most nonprofits face, you will not be able to identify which is which. This holds true for succession planning.

Now use your court sense to assess the driving forces surrounding your industry or nonprofit service and funding community. What are the challenges and opportunities the new CEO will have to deal with? At the same time, think about the whole executive team, and what will be needed in the years ahead.

These same considerations hold true for smaller nonprofits. They need succession plans as well. The scale of the problem may be different, but the basic requirements are the same.

A smaller organization may need hiring assistance from an outside consultant (or that expertise may be found among board members). The pool of potential candidates will be smaller, which may tip the scales toward promoting from within.

But the importance of a successful transition is identical, in nonprofits and for-profits, both large and small.